Online marketing is a field dominated by those creative and perceptive enough to plan ahead, anticipate changes, and jump on trends before your competitors do, so these trends are important to prepare for and utilize in 2017. You don’t have to use all of them, but you should be at least aware of their existence and learn how to use them if you want to beat the competition.

Few people would have predicted that Pokémon Go would have taken off as radically as it did, earning $10 million a day in new revenue during its peak. Enthusiasm for it has largely died down, but the app has had two main effects on the online marketing community; one, it’s shown that users are ready for augmented reality experiences, and two, it’s given marketers a taste of the earning potential here. You can count on seeing more brands coming out with AR games, AR ads, and attempts to capitalize on AR apps that already exist.

Enthusiasm for it has largely died down, but the app has had two main effects on the online marketing community; one, it’s shown that users are ready for augmented reality (AR) experiences, and two, it’s given marketers a taste of the earning potential here.

Social media users are beginning to demand more in-the-moment content, giving them a vicarious view into a world (or event) they’d previously been unable to access. Thanks to faster Internet and the pervasiveness of mobile phones, live video has become something of a trend on its own, with more and more platforms and apps giving some kind of “live streaming” functionality; even the first Presidential debate was streamed live, drawing millions of viewers in. Live video has been on an upward streak for the last few years, but it’s widely anticipated to fully take off in 2017, utilized by more brands, individuals and companies than ever.

Even data analysts frequently have problems understanding exactly what the data is saying; our brains weren’t made to process vast amounts of raw numerical data this way. Now, technology is finally catching up to the “interpretation” part of data analysis; there are dozens of data visualization tools on the market already, but soon, every business is going to want to start using them– the ones who don’t, will be left behind at a significant disadvantage.

Or the Coke cups American Idol judges drink from.

Or the Reese’s Pieces in the movie E.T. 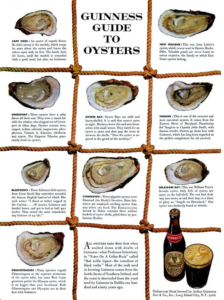 5. Brands Will Increasingly Target Niche Markets Out of Necessity.

Online marketing is becoming more crowded; though the number of available consumers has remained more or less steady, millions of new businesses have flooded into the space for a piece of the same pie. This is especially true in the content and social media marketing spaces. A niche is a distinct segment of a market, like roofing, plastic surgery or extreme sports as a few examples. Targeting the audience or searching for that particular niche is where the advertiser will market its products or services, purportedly to an already interested audience, with the hopes of turning prospective consumers into actual consumers.

Augmented reality (AR) and virtual reality (VR) are two technologies driving this mentality forward (and I’ve already mentioned AR), but don’t forget other ways of providing this immersive experience. You can offer 360 videos to make your users feel like they’re living in a moment, or host live workshops and webinars to get people to engage with you. Hence, the audience immerses itself in the event and the audience participation encourages a connection to the seller as well as the product & services being marketed.

Attention spans have fallen to goldfish-like levels, and we’re only going to grow more impatient and demanding as technology progresses. The potentially infinite scrolls of social media news feeds and endless streams of content from almost every brand and individual we follow have forced us to filter out the majority of messages we see as white noise. For example, text messaging has grown to almost eclipse email marketing. In response, more marketers are going to learn that dense content is key, making every word and every line count.

These are some of the upcoming trends based on the current information available, including last year’s trends, the introduction of new technologies, and how I see and hear marketers talking about marketing in 2017.

Copyright Disclaimer:  Under Section 107 of the Copyright Act 1976, allowance is made for “fair use” for purposes such as criticism, comment, news reporting, teaching, scholarship, and research. Fair use is a use permitted by copyright statute that might otherwise be infringing. Non-profit, educational or personal use tips the balance in favor of fair use.

Businesses work hard to produce quality products and services. After you spend so much time and energy designing a product, or developing a service, how do you get your business in front of the right people?

Advertising and marketing is a broad topic area that seems to expand every day as more digital platforms emerge. It entails a complex cocktail of tasks, including keyword selection and utilization, improving website visibility, search engine optimization, pay-per-click advertising, branding, social media, blogging and email marketing, among others.
Despite the absolute necessity of online marketing, good online reputation and widespread visibility, almost half of small businesses allocate just 20 percent or less of their marketing budget to digital marketing activities.

Learning your ideal target audience and engaging in creative and strategic marketing and advertising is crucial for distributing your content to a broad audience and building a strong customer base. Hiring a competent digital marketing agency can help businesses accomplish this goal.

Here are just three ways marketing and advertising agencies can provide value to a business:

Let’s say you own a roofing company that specializes in repair and replacement of damaged or worn out roofs with many types of roofing products, such as tile, shingles, metal roofs and others. Now, you have to share those services with your existing audience, attract more customers and get your brand, offering excellent customer service out to the public.
How can you make this happen?

Option A: Use social media to build and announce the new product interest.
Option B: Produce and Publish You as an Expert in the field by educating the public with you speaking about various content rich relevant topics, branding you as an industry leader.
Option C: Do monthly Press Releases to write news-worthy articles about your product or service.
Option D: Hire a marketing and advertising agency to develop a six-month plan that combines all options.

With a marketing and advertising agency, you will work with a team that has a comprehensive understanding of the multi-channel content distribution system.

An agency can launch a robust social media campaign, build relationships with local businesses that can stock your product or cross-promote your content, create a press kit, organize a product launch event, update your company’s website and substantially improve the website’s and Landing Page’s SEO, and ranking in online search results.

This multi-faceted approach combines both digital and traditional marketing tactics. It ensures that content will reach multiple audiences, which in turn will increase brand awareness.

2. CONTENT CREATION TO DRIVE BRAND ENGAGEMENT
With more people accessing information online and through social media, it is important to foster an online community with your audience. This entails engaging with followers and friends on social media, sharing updates through email newsletters and providing a user-friendly website.
To roll out these tactics effectively, a business needs quality content to share. A marketing and advertising agency can write editorial articles, make creative introductory videos, enhance your online reputation with 5 star video review commercials and design infographics that help a business accomplish these goals.

3. TECHNICAL KNOWLEDGE TO IMPROVE WEBSITE ACCESSIBILITY
Marketing and advertising agencies can help businesses optimize their content online by implementing local SEO and PPC strategies. Because SEO and PPC remains top priorities on the digital marketing agenda, this is an important step.
SEO and Citations or Directories, like Yelp, for example, assures more effective content distribution by making it easier for your target audience to find the information they need about your product, content, services and business.

From working with your business to develop a comprehensive strategy that increases brand awareness, to producing quality content that drives audience engagement, to implementing SEO practices that improve web marketing, advertising and presence, digital marketing agencies add immense value to a business, can generate traffic to your landing pages ad website and convert potential customers into clients.

Copyright Disclaimer:  Under Section 107 of the Copyright Act 1976, allowance is made for “fair use” for purposes such as criticism, comment, news reporting, teaching, scholarship, and research. Fair use is a use permitted by copyright statute that might otherwise be infringing. Non-profit, educational or personal use tips the balance in favor of fair use.